Thomas A. Edison’s house on the banks of the Caloosahatchee River, Fort Myers,FL

The Edison-Ford Winter Estates may sound a bit dry, but it is a gem.

Thomas Edison came to Florida in the 1880s with his second wife Mina and bought the property, Seminole Lodge, as a winter home and spent the next 20 years developing the house and garden. He became friendly with Henry Ford through their shared interest in many enterprises, and in 1916 Ford bought the next-door house, The Mangoes.

We had an audio tour which covered the two houses, the Botanical and Ornamental Gardens, the Ford Automobile exhibit, the museum and Edison’s laboratory, all for $20 each.

Both the houses were charming in their simplicity and good taste, and Edison’s in particular reflected his various inventions. 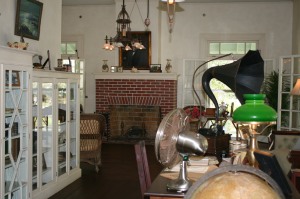 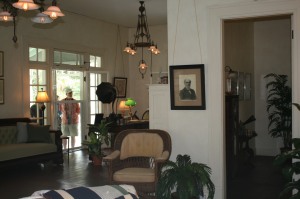 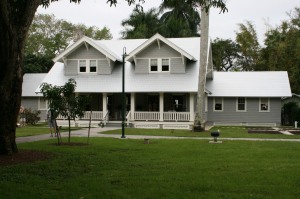 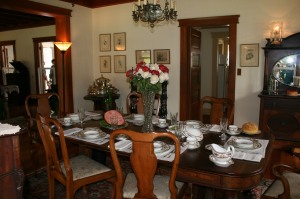 Mina Edison developed the ornamental gardens, while Thomas Edison and Henry Ford were interested in botanical research and in particular, with Harvey Firestone, in finding a plant which would thrive in the Florida climate and from which latex could be harvested. 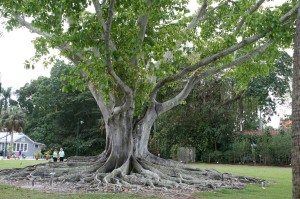 It’s quite frightening to think that it could actually go at 45mph.

Edison and Ford both had very little formal schooling and their achievements, dedication and enterprise were all brought out in the exhibition. But so too were their interest and enjoyment of family life.
They were both sociable, and Henry Ford loved dancing, to the extent that he formed his own dance band and employed his own dance teacher to learn and revive old dances. In the 1920s, he said: “The younger people do not know old-fashioned dancing, and the older people – those who really need it – have grown rusty. They thought they were too old, but one never gets too old to dance!”. Indeed.

There was an interesting view of the energy crisis, as seen 100 years ago. In 1913, Scientific American said that ‘the question of the possible exhaustion of the world’s oil supply deserves the gravest consideration. There is every indication we are now face to face with this possibility.’
And in 1931, Edison presciently told Ford and Firestone : “I’ll put my money on the sun and solar energy. What a source of power! I hope we don’t have to wait until oil and coal run out before we tackle this.”
He was 83 years old, and still working every day in his laboratory.

A precursor to the juke box

We decided we had enough time, after visiting the Edison-Ford estates, to go to Lee County Manatee Park . Manatees are aquatic mammals, about the size of a large sheep, and are an endangered species. They are most closely related to elephants, and are a must-see for visitors to Florida.
Owing to human inputting error, our first two efforts at driving there, courtesy of the Tom-Tom and then Google maps on my iPhone, were not successful, and it was only after driving about 12 miles round in circles that we established the right address for the park.
A certain irritability crept into the conversation.
‘The bl**dy manatees had better be sitting up doing tricks after this.’
But only one of them deigned to expose six inches of his back.